Hi Kids! Long time no bloggy. It's because everything's been the same old, same old........stay with Mom Tuesday through Fridays in Redmond, and back to Port Townsend for the weekends. My life, in short, is in a huge rut.

I'm in a rut spiritually, physically, and emotionally. The spiritual and emotional I can't do much about, but I can bring about change physically. So I figured, I'm at Mom's 4 days a week anyway, why not join a gym? I needed to face the fact that I'm so out of shape I can't even keep up with my 62 year old husband, and I'm 48! I have some poundage on him too. Not much, but enough to be embarrassed about. For crying out loud, you shouldn't outweigh your husband, unless he's a dwarf or something.

So I took the big step and joined 24 Hour Fitness. Hey, it's open 24 hours and it never rains in there, so it takes away two big excuses that I  had not to exercise. Time and crummy weather, which here in the good ol' PNW is abundant. The crummy weather that is. So far it's been a cold miserable Spring, and I just don't like walking in inclement weather. It's only 30 bucks a month to belong to the gym, so there's another excuse taken away. That's a pretty good deal, which I can afford.

Made the appointment to talk to the membership counselor, and signed on. I even went the extra step to hire a personal trainer, because when it comes to all things fitness, I'm a moron. I've never been fit in my life, and dammit, I want to be before I turn 50 in 2012. Hopefully the world won't end then. According to the Mayan calendar, as soon as I become fit, the world will end. Luckily I don't believe in the Mayan calendar crap. When I become fit, hell may freeze over but the world won't end.

Do you think a year is enough time for me to become fit and slender? I do. At least I'm realistic. I've been at this daily exercise thing since March 23rd, and I've lost close to 6 lbs already, which isn't too bad. I need to lose about 60 more lbs. It's going to be a haul, but I've decided to do it. Why am I following through this time?

Because I've been around too many sickly old people lately. Because I outweigh my husband. Because I want some energy, and to feel stronger. Because I'm sick of feeling fat. Because I'm sick of mail ordering my clothes from Lane Bryant. Sick sick sick. Lane Bryant clothes are ugly, because they're made to hide folds of fat. Might as well shop at the local tent and awning company really. I want to buy clothes off the rack again.....go to REGULAR (ie. cheap) stores like Target and Wal Mart and just pick anything out that's on sale. Size 1X is for the birds!

I've learned something. When you're out of shape like I am, starting a physical fitness program is HARD. Especially when you have a personal trainer pushing you. The first couple, well, no, make that all the sessions I have with him are intense, and they make me sweat like the late James Brown.

Marcus, my trainer, is a good guy, although he's mean to me. He makes me do stuff I don't think I can do. But I'm not one to say "I can't", I'm more one to say, "I will" or "I'll try". And I do. Marcus is young and cute (not to mention fit), and I'm not about to wimp out on such a young 'un. I've still got enough ego in these folds of fat to push my own limits. Geez, I remember when I was running and jumping around as a kid, with no effort at all, and now I have to re-learn the effortlessness again. I want to be able to run a reasonable distance without collapsing on the ground, clutching my chest.....is that too much to ask?

Of course Marcus had to laugh when he found out my trade was Pastry Chef. I'm his biggest challenge. And he's making ground meat outta me. He makes me write down all the food I eat in a journal and he checks it. At first he was disgusted with my eating habits, like half and half in my coffee, and bread all over the place. He scowled as he looked over my journal the first time, grumbling "this is crap, this is crap and this is crap." Well, duh, how do you get to my condition if you don't constantly eat crap?

So my eating crap is definitely on hold. No bread, no rice, no corn, no potatoes, no sugar, no pasta. More fruits and veg, fiber and protein. It's been hard, since I'm not much of a meat eater. Not that I dislike meat, I just dislike preparing it. I'm bad with meat.........I either undercook it or overcook it, and either one is just plain yukky, so I stick with what I know, fruits and veg. They're easy to eat, cook, and or prepare. I'm bad with fish too. REALLY bad. I've got a freezer full of fish out in the garage, but I'm so scared I'll screw it up, I don't cook it. I know I should eat more fish. Did I mention chicken? I can actually DO chicken, but dammit it has to be skinless. I love chicken skin! But it's pure fat. Sigh.

In my journal, I had written down that I ate an innocent hard boiled egg. And Marcus says, "did you eat the yolk?" and I said, "Well of COURSE!" and he says, "after all that work, you want to put a ball of yellow fat in your body? That's all it is is cholesterol and fat. You don't want that do you?" And I'm like "well no". But inside I'm thinkin', "who eats a hard boiled egg white?" Apparently a lot of people that don't include me. So scratch hard boiled eggs for me. Without the yolk, they're tasteless little orbs of tastelessness. And secretly, yes, I DO want to put a little yellow ball of fat inside my gut. It's yummy.

I thought I'd be more self conscious working out at a gym. But it turns out there's people there of all sizes. True, most of them are fit, but there's balls of flab there just like me, and some are worse off than me. And most people are there just concentrating on their workouts, not trolling for dates, or flexing muscles for the sake of flexing muscles. There ARE mirrors everywhere, so you can't avoid looking at your bod when you're working out. There must be some psychological reason for this, and right now, I don't appreciate looking at my flab as I struggle on a weight machine or exercise ball. But those mirrors do keep you grounded, and say to me, "see why you're here?" Oh yeah.

This blog entry is about pastry, as in, too much of it can lead you down my path. I haven't baked in months and I miss it. I won't be baking for several more months either. Would be too much of a slippery slope. I  remember the days when I worked in pastry and people would say "how do you stay so thin?" When they stopped asking me, I knew I wasn't skinny anymore. And that was a long time ago.

So here I go, starting on my quest to be fit, not fat. Strong, not weak, Smokin' hot, not some dumpy housewife. Marcus kicks my ass. And if I pay him more money, he'll keep kicking my ass. And soon, I'll kick my own ass. 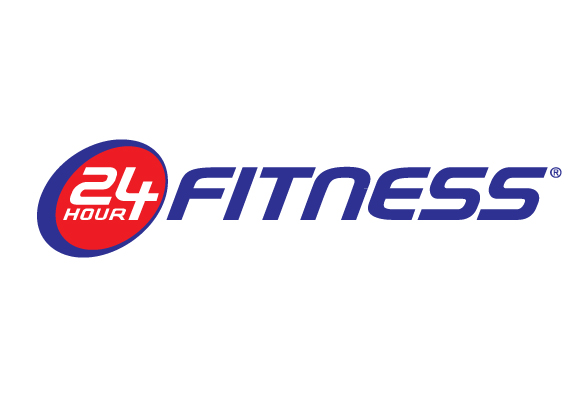 I am so proud of you!

Love your humor and your authenticity. Soon and VERY soon - you will be walking (or running!) Marathon's with me.

In one year - actually, LESS - you will be right where you want to be. SMOKIN' HOT, FIT, SEXY and full of HEALTH.

Keep it up, Annie!

Thanks for the kind words and motivation! In the beginning you need a lot of encouragement, it's easy to entertain the thought to just quit, especially when results aren't as "instant" as you'd like......but I will keep pressing on!

Hi, I've been reading your blog for a looooooong time. I actually e-mailed you many, many years ago, I was asking questions about what its like being a pastry chef, you responded by the way. Anyway, I'm very much into health and fitness, and your trainer sounds like the typical trainer who is just speaking textbook and really doesn't know #*^%#. About the egg yolk, most of the nutrition is in the yolk! Especially if you get eggs from a local farm! Also, I highly suggest you lift weights instead of overloading on the cardio. If you want more advice I would love to help you as I have nothing to do all day because of the lack of jobs.

Here is something my diet coach recently said to me

"FOOD wise - why are you not allowing yourself yummy foods?
You can / should EAT what you want <== if you want a cookie, ADD it as part of your diet.... 2 x cookies + some yoghurt & blueberries and scrambled eggs for breakfast would be perfect!!
As long as the food fits into your diet, and as long as you are overall sticking to healthy choices, you CAN allow yourself the other things too.
If you WANT a banana = eat it!
If you want a potato = EAT IT! :) <-- just take out a smidgen' of fat from your day.... "

and my diet coach/trainer

She is the best of the best, oh and also
www.jolenecarter.com

Hey thanks for commenting! I appreciate your advice and I will take it to heart. I've been getting advice all over the place actually, and it's hard to know who has the right answer, you know? I do take what my trainer says with a grain of salt, but his advice had been working for me so far, so I'll stick with it (but I will have a hard boiled egg if I want it). He doesn't realize that as a pastry chef, I do have a certain knowledge about food that perhaps he doesn't. I do do some weight lifting at the gym with my trainer.....he makes sure strength training is part of my routine. Building more muscle is part of burning more calories, but I'm sure you know that!

Thanks for all the site referrals....! I will check them out!

Yeah, there is soooooooooo much information out there on what to do and what not to do that I find it overwhelming. Really we just have to experiment and find what works best for us. I wish it wasn't that way, but it is.